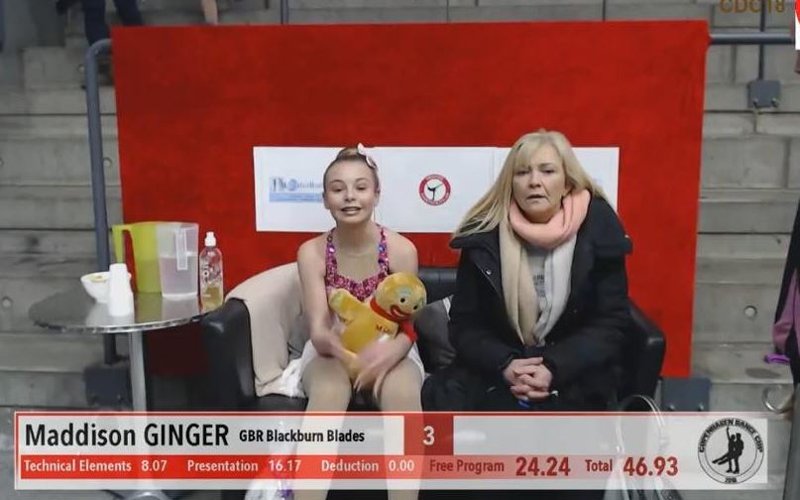 Maddison Ginger, in Year 8, had a very busy and exciting Easter holiday.

Maddison travelled to Copenhagen, during the Easter holiday, and competed in the IJS championships. Maddison displayed some absolutely amazing skill. She was skating at juvenile level, which is a higher level than Maddison is currently at. She skated against twenty five other skaters from a number of countries including Russia, Sweden and Denmark. Out of the twenty six skaters Maddison came 6th on the Saturday and finally 8th on Easter Sunday. This meant that she was in the top 10 in her very first international competition.

Maddison was introduced onto the ice as the Great Britain representative which was definitely a proud moment for her, her coach Linzi Deacon and us as her parents. Maddison is skating again in Murryfield Edinburgh in April and also in Deeside. Maddison’s aim now is to get to Nisa level 6 next year in order to qualify for the British Championships, as this is a selection process for team GB.

My hope is that Maddison continues to grow in confidence and this is enhanced by the support given by school.

Thank you to Mrs Ginger for the information and the following photographs. You can read more about Maddison and her skating success here.