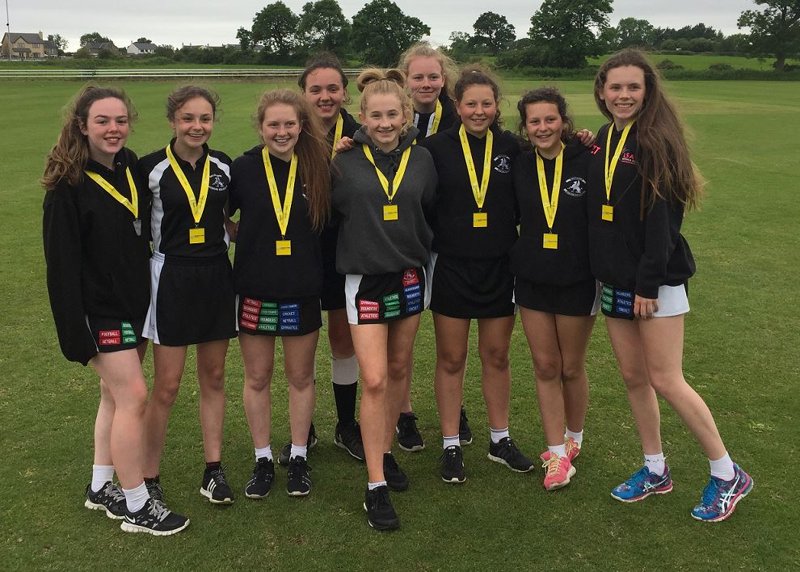 A huge well done to the U15 Girls 8 a side Cricket team who played in the County Finals of the 'Chance to Shine' competition on Friday 16th June.

The finals were held at Longridge Cricket Club and we qualified as District Champions.

We played 3 round matches against Haydock High, Penwortham Girls and St Peter's.

We finished up runners up in our group and progressed to the semi final where we played Ormskirk.

Ormskirk have dominated cricket over the last few years but the girls produced their best cricket of the day, beating them comfortably with 3 overs left!

The girls then narrowly lost in the final to Urmston Grammar school.

The girls played really well and we are very proud of the fact that we are the second best school cricket team in the whole of Lancashire!