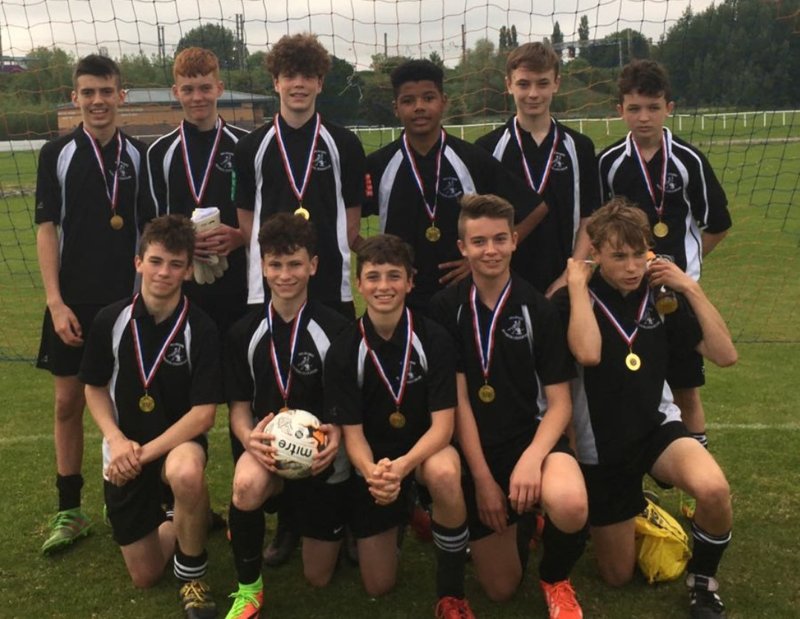 A huge congratulations to our Year 9 football team who were crowned South Ribble Cup Champions on Wednesday 24th May.

The final, held at Vernon's, was an extremely competitive and physical game against a strong Brownedge St Marys team who were last years winners.

Due to injuries Balshaw's only had 11 players available and so with some players having to play out of position there were understandable nerves before kick off. Balshaw's battled and worked together as a team from the start and even when they went a goal down they didn't let their heads drop.

In the second half Balshaw's quickly created an equalising goal and then with 20 minutes to go took the lead from an excellent headed goal by Adam Chippendale. The pressure was then put on by Brownedge but a tired Balshaw's team were excellent in how they defended and kept their cool in a tense last few minutes.

They held out and deservedly won the game and received their winners medals.