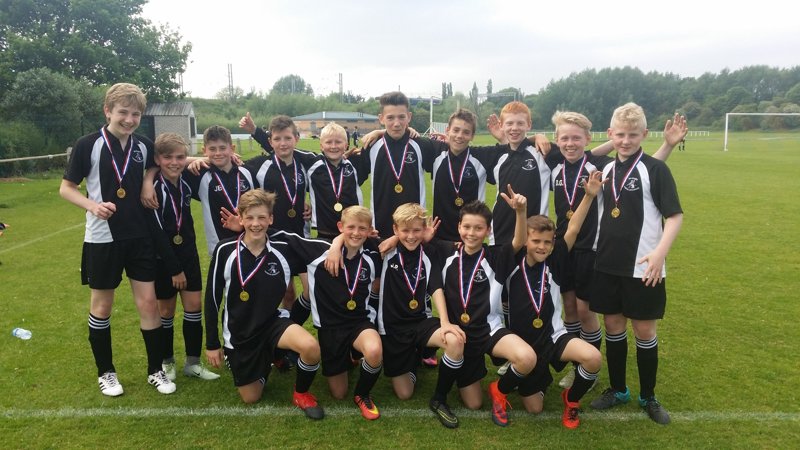 The final was held at Vernons in front of a large crowd of supporters and families from both teams.

Balshaw's dominated possession in the first half but were only able to convert one of the many chances into a goal to lead 1-0 at half time. In the second half Brownedge scored an equaliser against the run of play with around 15 minutes to go but after re-grouping Balshaw's played some fine football to re-gain the lead with an excellent goal.

Well done to all the Year 8 team who have played their part in getting the team to the finals in previous rounds and then a winning performance in the Cup Final.