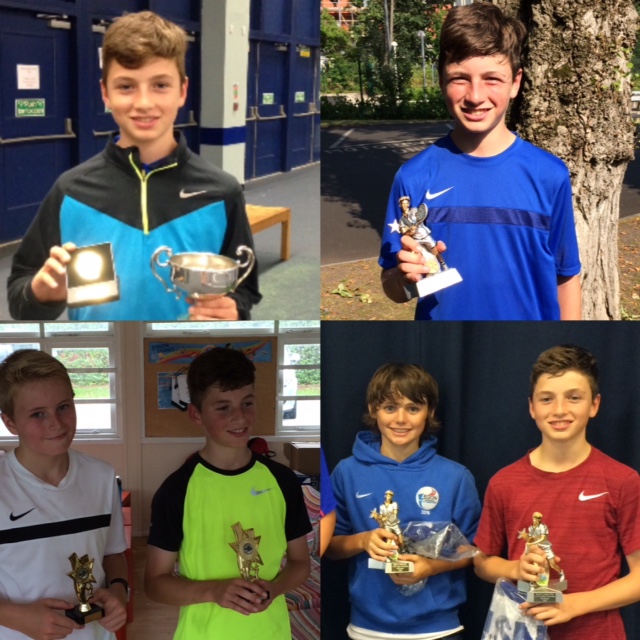 The annual Lancashire County Tennis Championships took place at Bolton Arena in the last week of August. These Championships saw competitors ranging from 8 and under to 75+ competing in various age categories throughout the week.

Year 9 student Alex Moore, this year defeated the reigning champion Ben Davies (ranked within the top 30 in the country) from Broughton High School (Year 10), Preston in straight sets winning 6-2, 6-4 to take the 14 and Under boys title. He narrowly missed out on following this success up, coming runner-up in both the 14 and Under boys and mixed doubles with Josh Banks and Olivia Harper, respectively.

This capped what was a successful summer of tennis competition for Alex, in which he started with doubles success again with Josh Banks (Rivington & Blackrod school) in the 14&Under Bolton Grand Prix. Then followed further success with Alex winning singles titles at both the Hoole LTC Summer Open 16 and Under and the Manchester Northern Grand Prix 14 and Under.

Thank you to Mr Moore for the article.

Great work Alex, we look forward to hearing more about your future matches. Previous news article about Alex can be found here.